Three Days at Gettysburg: Essays on Confederate and Union Leadership 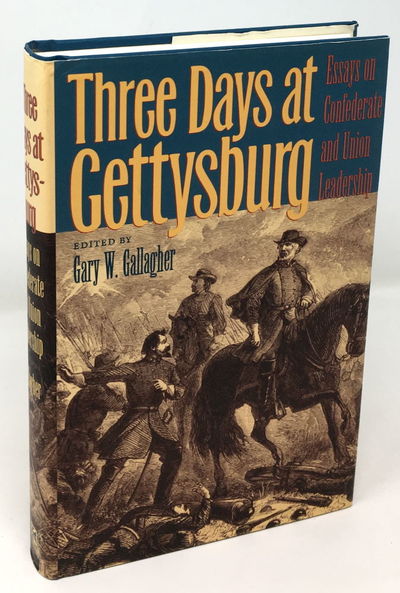 by Gallagher, Gary W., ed.
Hardcover with dust jacket, turquoise cloth with gilt spine titles, 15 by 23.5 cm, xiii 373 pp., maps, illus. The hardcover is near fine – appears unread. The dust jacket is very good with light wear to the panels and edges and some light yellowing around the edges. From the publisher: "No Civil War military campaign has inspired as much controversy about leadership as has Gettysburg. Because it was a defining event for both the Army of the Potomac and the Army of Northern Virginia, the debates began almost immediately after the battle, and they continue today. Three Days at Gettysburg contains essays from noted Civil War historians on leadership during the battle. The contributors to this volume believe there is room for scholarship that revisits the sources on which earlier accounts have been based and challenges prevailing interpretations of key officers' performances. They have trained their investigative lens on some obvious and some relatively neglected figures, with an eye toward illuminating not only what happened at Gettysburg but also the nature of command at different levels." (Inventory #: 3502)
$25.00 add to cart Available from Bay Leaf Books
Share this item