The Gallant Dead: Union and Confederate General Killed in the Civil War 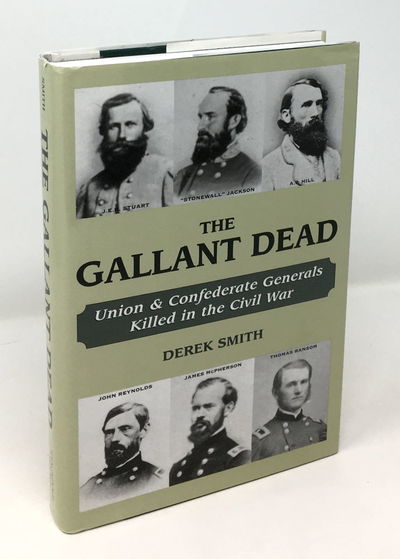 by Smith, Derek
Hardcover with dust jacket, green paper over off-white cloth with silver spine titles, 15.5 by 23.5 cm, viii 408 pp. Near fine in a very good jacket, but for heavy pencil notes on two pages of the introduction only. "Covers the deaths of 124 generals, including Stonewall Jackson, Albert Sidney Johnston, Jeb Stuart, James B. McPherson, John Reynolds, and numerous others. Over 400 Confederate and 580 Union soldiers rose to the rank of general in the Civil War. Of them, more than 1 in 10 would die, an astounding 124 in all 78 for the South and 46 for the North. Weaving their stories into a seamless narrative of the entire war, Smith paints a fascinating and often moving portrait of the final moments of some of the finest American warriors who have ever lived." (Inventory #: 3503)
$10.00 add to cart Available from Bay Leaf Books
Share this item