The Relief of Chitral 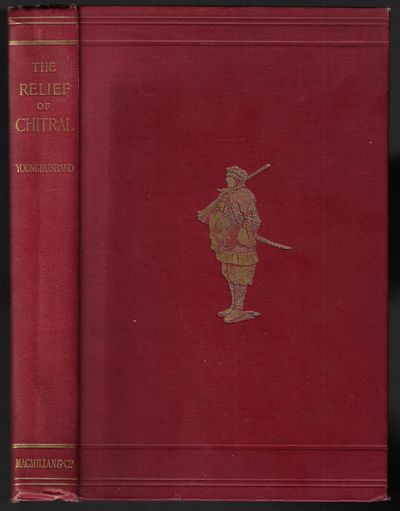 by Younghusband, G.J.; Younghusband, Frank E.
London: MacMillan & Co, 1897. Hardcover. Very Good. Early reprint. vi, 183 pp + maps (two folding) + plates (from photographs). Red cloth boards with illustration of a soldier in gilt on upper board. Light sunning to spine, mild wear to extremities, internals sound and clean. Chitral, a remote, mountainous region in the north of modern-day Pakistan, was the subject of a power struggle between Czarist Russia and the British Empire. According to the Preface: "This record of the Chitral campaign is based on the official despatches published in the Gazette of India and in the Blue Book on Chitral affairs lately presented to the Houses of Parliament, and the management of the Times have kindly allowed that use should be made of the letters which the authors wrote to the Times." (Inventory #: 3084)
$70.00 add to cart or Buy Direct from Walkabout Books
Share this item

In a Narrow Grave, Essays on Texas

Austin : Encino Press , 1968
(click for more details about In a Narrow Grave, Essays on Texas)