The Mirror and the Eye, The Rubayat of Omar Khayyam. Translated from the Persian by Iftikhar Azmi. 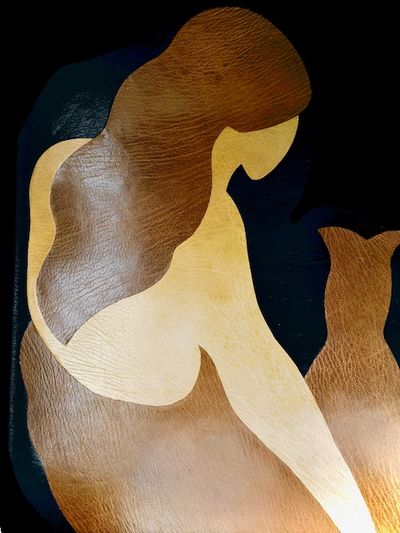 by Omar Khayyam, translator Iftikhar Azmi
Gloucestshire : The Whittington Press , 1984. Limited Edition. Leather bound. Fine. Sylvia Stokeld. Boldly presented in a black crushed morocco binding by Smith Settle of Yeadon after a Richard Kennedy design, signed by Richard Kennedy and Azmi. With 92 Line engravings by Richard Kennedy additionally hand-colored by illustrator Sylvia Stokeld. Manor Farm, Andoversford, Gloucestershire: The Whittington Press, 1984. Limited to six deluxe copies with umber suede doublures, with sensual, modernist inlaid leather in the shape of a woman. Syed Iftekhar Hussain (1935-1977) a poet associated with the Progressive Writers Movement, was born in Imlipur in Azamgarh. The son of an Imam of a mosque in Mumbai, Azmi was a follower the Marxist ideology, influenced by poet Kaifi Azmi . Richard Kennedy worked at the Leonard and Virginia Woolfs Hogarth Press from 1928 to 1930. (Inventory #: 2199)
$2800.00 add to cart Available from
Little Sages Books
Share this item

A Sermon Delivered Before His Excellency Caleb Strong, Esq., Governor, The Honorable [The] Council, Senate and House of Representatives of the Commonwealth of Massachusetts May 26, 1802 being the day of General Election

Boston : Young and Minns, State Printers , 1802
(click for more details about A Sermon Delivered Before His Excellency Caleb Strong, Esq., Governor, The Honorable [The] Council, Senate and House of Representatives of the Commonwealth of Massachusetts May 26, 1802 being the day of General Election)
View all from this seller>