Mapping the Frontier: Charles Wilson's Diary of the Survey of the 49th Parallel, 1858-1862, While Secretary of the British Boundary Commission 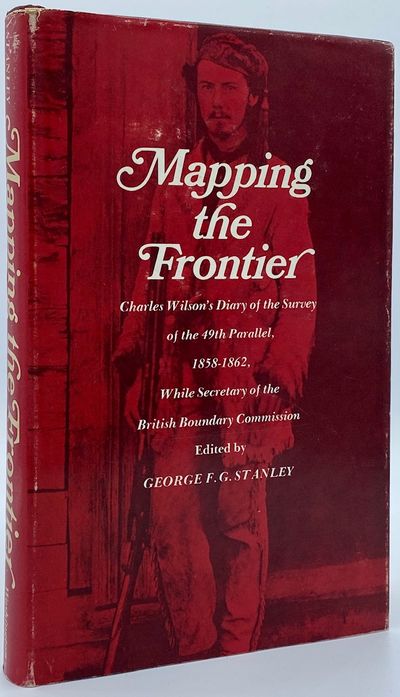 by Wilson, Charles. Edited by George F. G. Stanley
Seattle: University of Washington Press, 1970. First Edition. 182pp. Octavo [21 cm] Burgundy cloth with the title gilt stamped to the backstrip. Very good/Very good. Gentle rubbing to the extremities of the jacket and the rear panel. Internally nice. "Wilson describes the country, outlines the problems encountered by the survey crews, and comments on the social life in such frontier towns as Victoria, Walla Walla, and Fort Colvile. He also reveals his own transformation from a somewhat patronizing and stuffy British officer, critical of the colonists and the Indians and their ways, to an understanding and not unsympathetic observer and participant in the frontier life of the Pacific Northwest." - from the jacket. (Inventory #: 3896)
$50.00 add to cart Available from
Tschanz Rare Books
Share this item