A Garland for the Laureate. Poems presented to Sir John Betjeman on his 75th Birthday 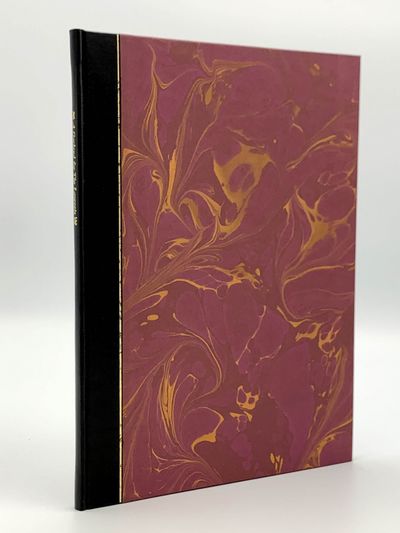 by [BETJEMAN, John]
Stratford-upon-Avon: Printed by The Whittington Press for The Celandine Press, 1981. A fine copy. Folio. Title-page engraving by Miriam MacGregor. Original quarter black buckram, marbled boards; black cloth slipcase. Number 41 of 75 copies signed by all of the contributors, including Philip Larkin, Kingsley Amis, Ted Hughes, Norman Nicholson, Sacheverell Sitwell, R. S. Thomas, Stephen Spender, Charles Causley, Roy Fuller, Laurence Whistler, Elizabeth Jennings, John Wain, Edward Lowbury, Alan Ross, and Anthony Thwaite. This is the first publication of each of these poems except for those of Whistler and Larkin, whose poem had been included a few months earlier in the program for a choral work celebrating the opening of Humber bridge. The edition comprised 350 copies: 250 in wrappers; 75 unsigned in quarter buckram; and 75 signed copies, of which 50 were for sale, 25 of them in quarter buckram and 25 in quarter goatskin. (Inventory #: 406004)
$2,000.00 add to cart Available from Riverrun Books
Share this item

St. Louis and the Arch

A Case of Rape

New York : Targ Editions , 1980
(click for more details about A Case of Rape)
View all from this seller>