Toothpick Lisbon and the Orcas Islands (#1) 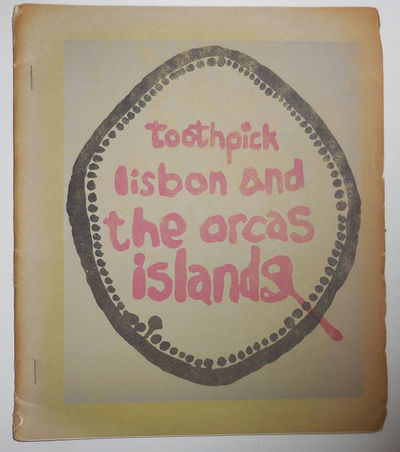 by Wiater, Michael, Editor (Tom Robbins, Carlos Castaneda, Clark Coolidge, David Meltzer et al)
Seattle: Michael Wiater, 1971. First edition. Paperback. Good +. Wide stapled wrappers. Unpaginated literary magazine edited by Michael Wiater. Although unstated, this appears to be the first issue. Features work by Pat Nolan, Clayton Eshleman, Clark Coolidge and many others including a young Tom Robbins who contributes five pages of text under the name Even Cowgirls Gets The Blues. He would write a novel of the same name several years later. Condition is good to very good with handling wear to covers. Uncommon issue. (Inventory #: 29253)
$100.00 add to cart or Buy Direct from Derringer Books
Share this item
Derringer Books
Offered by