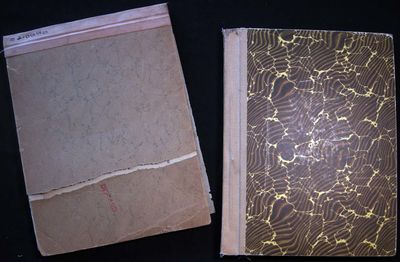 by (Americana - 20th Century - Petroleum Industry - Texas - Donald Clinton Barton)
Texas: Not Published , 1925. Donald Clinton Barton (1889 - 1939) American geologist, son of George Hunt and Eva May (Beede) Barton, was born in Stow, Massachusetts, on June 29, 1889. He received a B.A. degree from Harvard in 1910, an M.A. in 1912, and a Ph.D. in 1914. Barton taught engineering and geology at Washington University from 1914 to 1916, when he became field geologist for the Empire Gas and Fuel Company. During World War I he was weather forecaster with the Meteorological Section of the Signal Corps. He was a geologist for the Gulf Coast division of Amerada Petroleum Corporation from 1919 to 1925, chief geologist for Rycade Oil Corporation from 1923 to 1927, and chief of the Torsion Balance and Magnetometer Division, Geophysical Research Corporation, from 1925 to 1927. He wrote many articles on geology and geophysics. He became research and consulting geologist and geophysicist for Humble Oil and Refining Company (now Exxon Company, U.S.A.) in 1935. He married Margaret Dunbar Foules on June 26, 1923. They had one daughter. Barton died on July 8, 1939. (ref. Handbook of Texas Online) Approx. 8 1/2" x 11" standard white paper sheets, stapled top left corner. Some edge, tips wear and soiling to the cover sheet, old clip-mark at top edge; contents clean and in very good condition. . Typed Draft. Hard Cover. Good. (Inventory #: 26575)
$250.00 add to cart or Buy Direct from Certain Books
Share this item
Certain Books
Offered by