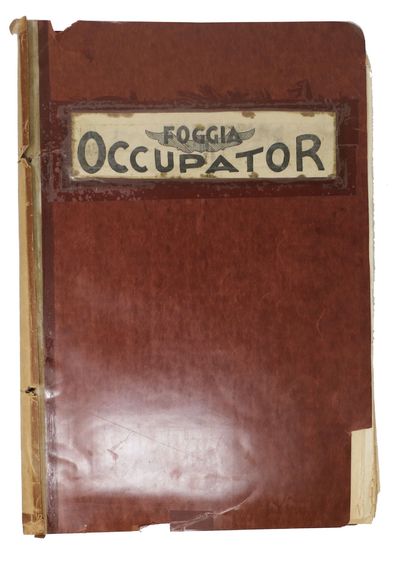 A cache of this weekly Army [Second Bomb Group] newspaper published during WWII, wherein it is stated in No. 1, "we are going ahead to bring you each week in photo and print The Saga of Occupation in Foggia [Italy], but as we turn out the lights each evening we all pray that our story will be short and soon finished." Vol II, No. 28 the final issue, wherein it was noted the base was scheduled to close September 15th, 1946. Contents are of the usual varied nature, reflecting the interests of the servicemen assigned at Foggia Army Air Base [e.g., baseball scores & the current Miss FAAB], as well as those of a more official nature [malaria & VD concerns and cautions, as well as a piece on "Negro & White" relationships]. Not found in the Union List of Serials [3rd Ed], nor on OCLC. An informative look into the activities, official and recreational, of an Army unit, occupying a town in the Western European theatre, immediately after the war's end. Quite rare. (Inventory #: 48579)
$1,500.00 add to cart or Buy Direct from Tavistock Books
Share this item

The WHITE ROAD To VERDUN

London : Hodder and Stoughton , 1916
(click for more details about The WHITE ROAD To VERDUN)