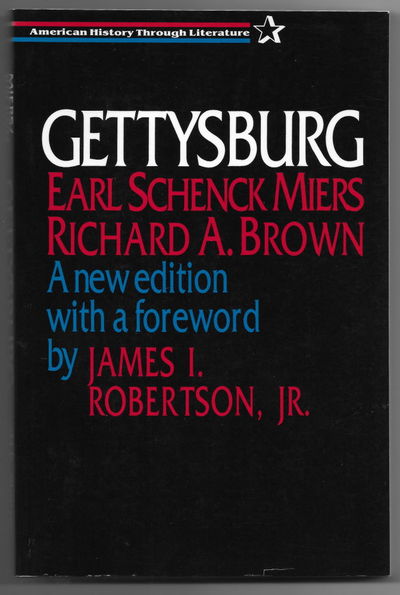 by Miers, Eral Schenck; Richard A. Brown; James I. Robertson, Jr., foreword
Wraps, 258 pp., maps. Unread copy with only faint signs of shelf wear to the wraps and a very light drip mark on the top edge of the textblock. From the publisher: "Originally published in 1948, this book tells the story of the three fateful days of Gettysburg in the words of the men and women who lived it. No mere chronicle of troop movements and military decisions, it is a path-breaking work in the reporting of Civil War history. Praised by The New York Times Book Review as 'the very best collection of firsthand accounts, written by soldiers and civilians' of the Battle of Gettysburg, this volume has been out of print for many years. Edited by Earl Schenk Miers (1910-1972), one of the pioneers in reviving popular interest in the American Civil War and in Lincoln, this new edition is enriched with a foreword by noted Civil War scholar James I. Robertson, Jr. For many years a favourite among Civil War buffs and enthusiasts, this edition is ideally suited for use in American history courses on the Civil War and military history and in American history survey courses." (Inventory #: 3546)
$15.00 add to cart Available from Bay Leaf Books
Share this item