The Boundaries of American Political Culture in the Civil War Era 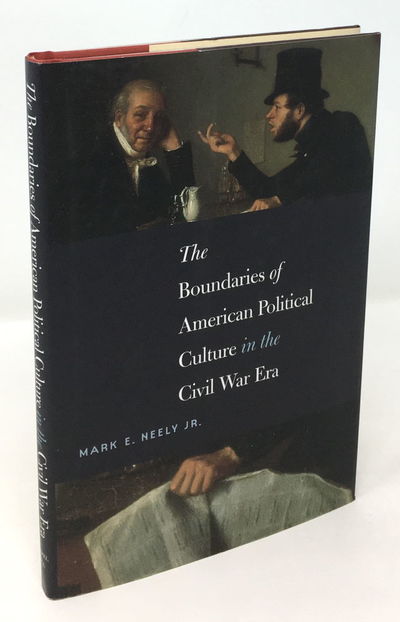 by Neely, Mark E. Jr.
Hardcover with dust jacket, 14.5 by 23.2 cm, xiv 157 pp., illus. Near fine, unread copy with only faint signs of shelf wear - the jacket is very good with minor wear to the edges. From the publisher: "Did preoccupations with family and work crowd out interest in politics in the nineteenth century as they do now? Did respectable citizens regard the mass meetings, party newspapers, stirring oratory, parades, and barbecues of Lincoln's era with suspicion and disdain? Arguing that social historians have gone too far in concluding that Americans were not deeply engaged in public life and political historians have gone too far in asserting that politics informed all of Americans' lives, Mark Neely seeks to gauge the importance of politics for ordinary people in the Civil War era. Looking beyond the usual markers of political activity, Neely sifts through the political bric-a-brac of the era—lithographs and engravings of political heroes, campaign buttons, songsters filled with political lyrics, photo albums, newspapers, and political cartoons. In each chapter, he examines a different sphere—the home, the workplace, the gentlemen's Union League Club, and the minstrel stage—where political engagement was expressed in material culture. Neely acknowledges that there were boundaries to political life, however. But as his investigation shows, political expression permeated the public and private realms of Civil War America." (Inventory #: 3562)
$15.00 add to cart Available from Bay Leaf Books
Share this item