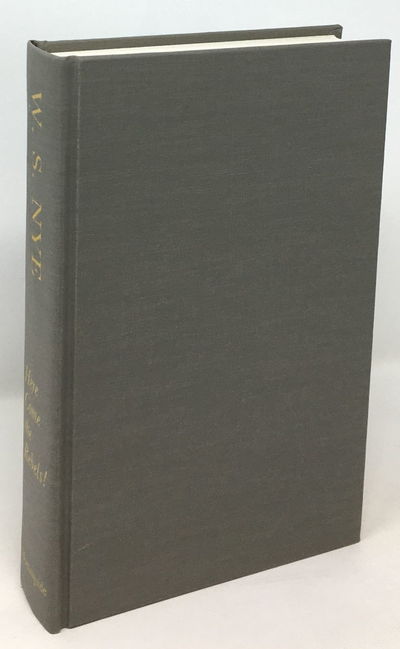 by Nye, Wilbur Sturtevant
Facsimile Reprint No. 80. Grey cloth with gilt spine titles, lacks dust jacket, 14 by 22.2 cm, xvi 412 pp. Aside from the missing DJ, this is a near fine, unread copy with only faint signs of shelf wear. From the publisher: "'If General Lee wants rations, let him get them in Pennsylvania,' snorted Confederate Commissary General L. B. Northrop in Richmond. With such assistance as this, Lee had little choice, and in June of 1863 he made his move. This story of that last invasion of the North--when the Army of Northern Virginia moved deep into Pennsylvania--carries the reader through the events leading up to Gettysburg. Focusing primarily on the march of R. S. Ewell's Second Corps, formerly commanded by Stonewall Jackson, it describes the action around Winchester from Confederate and federal view-points. It contains the fullest account of the cavalry engagements at Aldie, Middleburg, and Upperville ever documented. Colonel Nye has traveled extensively over the countryside about which he writes and has drawn excellent maps so detailed that the invasion route can now be followed using existing landmarks. Reactions in the North to the assault are an essential part of the story. Colonel Nye finds civilian behavior in the face of invasion at times less than admirable and defensive planning at the political level entangled in tape as red as any in Washington today. The author's long military experience enhances the sophistication with which he handles his narrative and strengthens his new evaluation of Federal military intelligence. Here Come the Rebels! is a solid blend of scholarship, military sagacity, and enthusiasm. It also contains the key to an important Federal decision which might have precluded any confrontation at Gettysburg." (Inventory #: 3601)
$20.00 add to cart Available from Bay Leaf Books
Share this item