City of the Golden 'Fifties 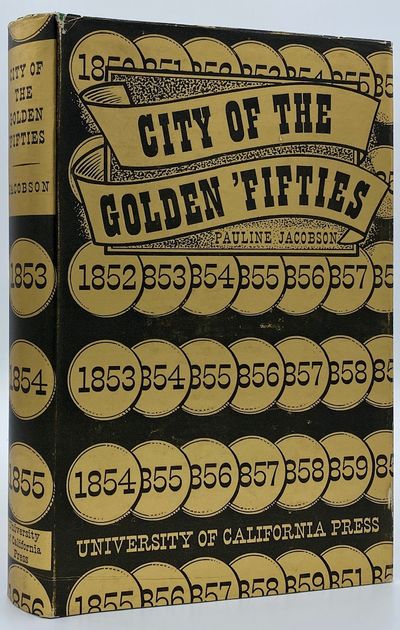 by Jacobson, Pauline
Berkeley: University of California Press, 1941. First Edition. 290pp. Octavo [22 cm] Green cloth. Near fine/Near fine. Bookplate attached to rear flap of jacket (not attached to rear pastedown). "What you hold in your hands is the San Francisco book you have always hoped someone would have the genius to contrive. You have never seen its like. It isn't the time-worn tale you have read as history or fiction. It is the very life, the eating and drinking, the shooting, the loving, the laughter and tears, of the city you know must have been there in the Heroic Age but that no one, until now, has conjured up and coiled down so it would spring out the moment you opened the covers - like a miraculous Jack-in-the-box that turns out to be a big variety show, crowded with action and peopled with characters you will never forget." - from the jacket. (Inventory #: 4051)
$15.00 add to cart Available from
Tschanz Rare Books
Share this item