The Rancho San Pedro: The Story of a Famous Rancho in Los Angeles County and its Owners The Dominguez Family 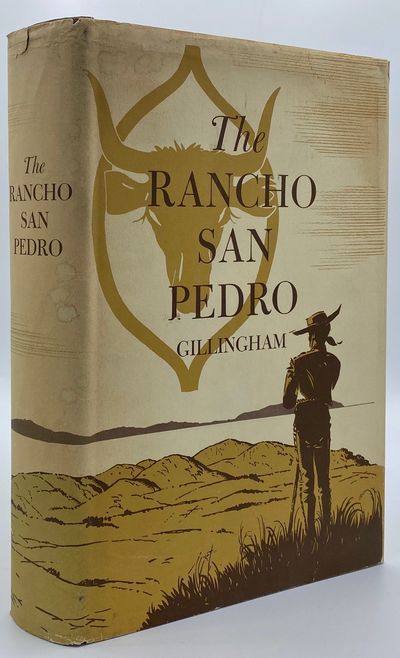 by Gillingham, Robert Cameron
Los Angeles: Cole-Holmquist Press, 1961. First Edition. 473pp. Octavo [25.5 cm] Brown cloth with the title gilt on the backstrip. Near fine/Near fine. "This narrative presents the history of one of the oldest and most successful rancho among the more than eight hundred land grants in the pioneer days of California. One of the larger concessions made under Spanish Rule, the Rancho San Pedro was the first in all of Southern California to receive a patent under United States law. It is also one of the very few tracts wherein a substantial portion of the original grant has remained in continuous possession of the same family line through almost two hundred years. Located in the heart of the coastal plain comprising the southern part of Los Angeles County, its broad expanse of grazing land was the setting for a number of stirring episodes in earlier years, and is now the center of a tremendous growth in population and industry." - from the Foreword. (Inventory #: 4023)
$60.00 add to cart Available from
Tschanz Rare Books
Share this item