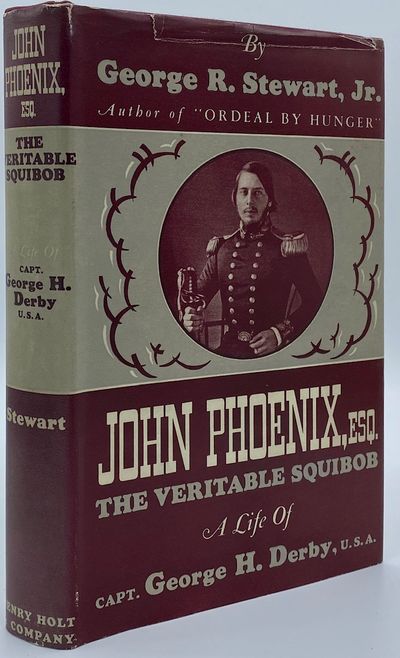 by Stewart, George R.
New York: Henry Holt, 1937. First Edition. 242pp. Octavo [22 cm] Burgundy cloth with the title gilt on the backstrip. Near fine/Near fine. "George Derby, alias John Phoenix, was an army officer of a notable New England family. Stationed in California in Gold Rush days, he found in that zestful, thoroughly masculine, sometimes bawdy atmosphere the ideal stimulus for his humor. Parallel with the serious career of the army officer, where some vestiges of a Puritan upbringing might still be discerned, developed that other career of the practical joker, the trigger wit, the irreverent satirist, the man who could perpetrate the most gigantic of hoaxes. Both sides are here presented, but the emphasis is on the humorist, the rarer of the two: Gentlemen and ladies, we give you John Phoenix!" - from the jacket. (Inventory #: 4058)
$20.00 add to cart Available from
Tschanz Rare Books
Share this item

The Bones: The Key to Facsimile No. 2

Medical Aspects of the Latter-day Saint Word of Wisdom

Provo, UT : Brigham Young University , 1929
(click for more details about Medical Aspects of the Latter-day Saint Word of Wisdom)
View all from this seller>