The WAY TO HEALTH, Long Life and Happiness 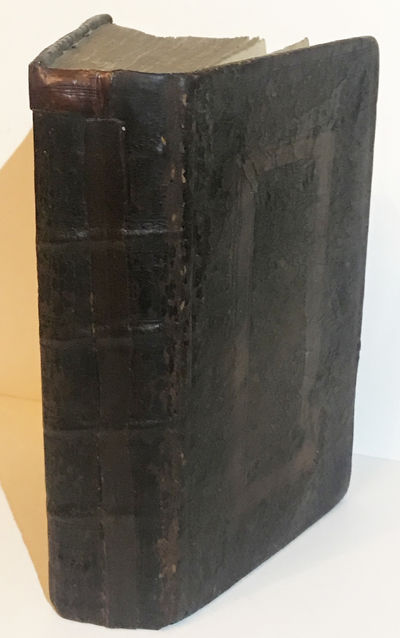 by TRYON (Thomas), pseud. Philotheos Physiologus
TRYON (Thomas), pseud. Philotheos Physiologus
The WAY TO HEALTH, Long Life and Happiness, or, a discourse of Temperance and the particular nature of all things requisite for the Life of Man . shewing from the true ground of Nature whence most Diseases proceed, and how to prevent them. To which is added, a Treatise of most sorts of English Herbs
London: Andrew Sowle, 1683
First edition 8vo., contemporary panelled calf worn, spine restored, rusty paperclip mark on initial advertisement leaf facing title-page, body of text split at pp 334/335 but holding firm, occasional early marginal annotations in ink. PIONEER WORK IN ENGLISH ON VEGETARIANISM. Tryon was an ascetic and a vegetarian was strongly influenced by Jacob Böhme, Hinduism, Heinrich Cornelius Agrippa, &c. This was his most widely read book. It influenced Benjamin Franklin in his adoption of vegetariamism and was a powerful influence well into the 19th century. He had traveled to Barbados (where he lived intermittently for about five years) but was dismayed by the cruelty of slavery. ESTC R10677, Bitting pp 466-67. (Inventory #: BBO43)
$7,500.00 add to cart Available from Battledore
Share this item