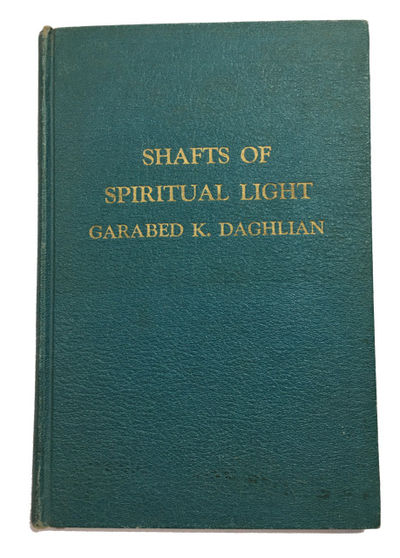 by Daghlian, Garabed K.
New London, CT: n.p., 1966. Hardcover. Very Good. photo, 121p. Original green cloth. 23 cm. Foxing (heaviest on title and Dedication leaves and rear endpaper). No jacket. INSCRIBED on front free endpaper by Daghlian to "Rose Howard"). Daghlian, a Turkish Armenian graduate of Central Turkey College in Aintab, was a teacher, mostly in the United States and longest at Connecticut College. A brief biographical sketch appears at pages 119-121 including his survival during the Armenian massacres. The rest of the book is full of the author's thoughts and opinions (religious, conservative and otherwise) rather than recollections. OCLC locates two copies (Connecticut College and American Congregational Assn.). (Inventory #: 90604)
$85.00 add to cart or Buy Direct from McBlain Books
Share this item

The Muqaddimah: An Introduction to History

New York : Pantheon Books , 1958
(click for more details about The Muqaddimah: An Introduction to History)