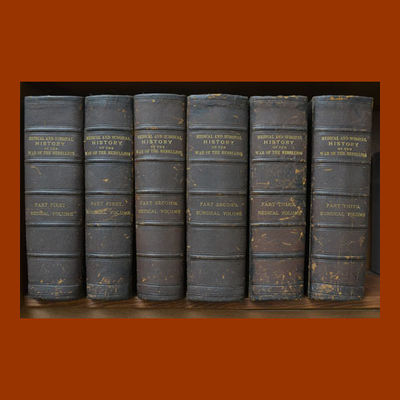 This set is an elaborate compilation of reports and statistics on soldiers' wide-ranging wounds and diseases. It contains an abundant number of superb plates, maps, and diagrams, many in color. The text is quite conclusive.
The Medical Department required all doctors to submit detailed reports on the wounds they encountered, including the requirement that samples must be included.
It is unusual to find this in such sound condition. Many come apart because of their size.