"The Mint" and Later Writings about Service Life 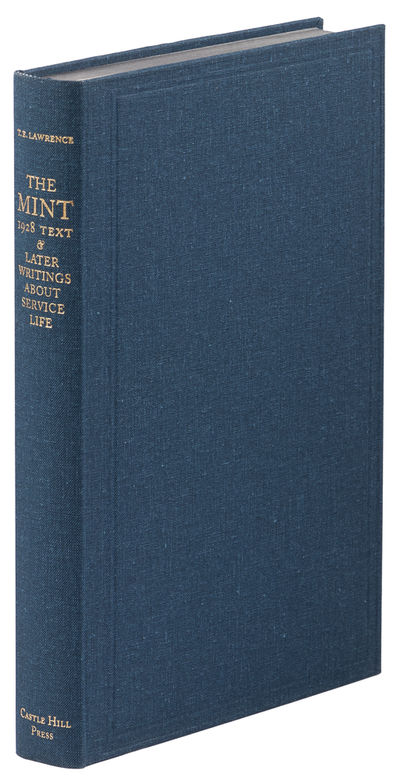 Autobiographical account of Lawrence's experiences in the R.A.F. following the first World War when he joined under an assumed name. Published posthumously per T.E.L.'s instructions.Given the frankness of his observations, the 1955 trade edition was expunged with the limited edition containing the full, uncensored text. Note from the colophon: "The text of Lawrence's 1928 manuscript of 'The Mint' was first printed by Doubleday, Doran in 1936 in an edition of 50 copies to secure American copyright when the manuscript was sold." (Inventory #: 5983380)
$250.00 add to cart Available from
Coconut Rose Books
Share this item