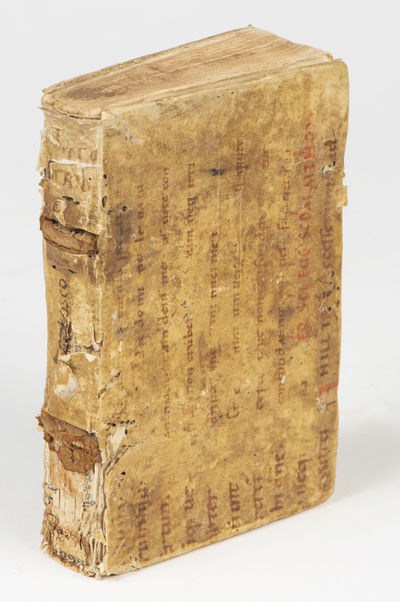 Contemporary binding made with a 12th/13th-century manuscript vellum leaf