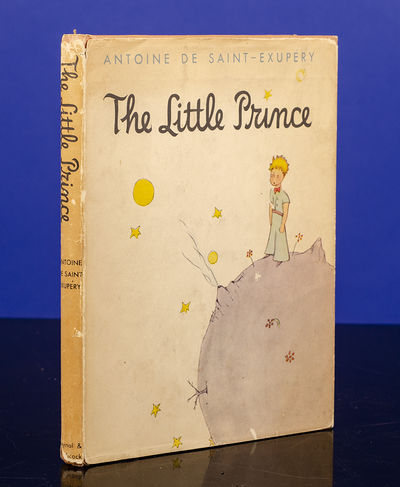 Saint-Exupéry was a successful commercial pilot before World War II, working airmail routes in Europe, Africa, and South America. He joined the French Air Force at the start of the war, flying reconnaissance missions until France's armistice with Germany in 1940. After being demobilized from the French Air Force, he traveled to the United States to help persuade its government to enter the war against Nazi Germany. Saint-Exupéry spent 28 months in America, during which he wrote three of his most important works, then joined the Free French Air Force in North Africa - although he was far past the maximum age for such pilots and in declining health. He disappeared and is believed to have died while on a reconnaissance mission from Corsica over the Mediterranean on 31 July 1944.

Prior to the war, Saint-Exupéry had achieved fame in France as an aviator. His literary works posthumously boosted his stature to national hero status in France, including The Little Prince which has been translated into over 360 languages. He earned further widespread recognition with international translations of his other works. His 1939 philosophical memoir Terre des hommes (titled Wind, Sand and Stars in English) became the name of an international humanitarian group; it was also used as the central theme of Expo 67 in Montreal, Quebec. His birthplace of Lyon also named its main airport after him.

The Little Prince (French: Le Petit Prince), is a novella by Antoine de Saint-Exupéry. It was first published in English and French in the US by Reynal & Hitchcock in April 1943, and posthumously in France following the liberation of France as Saint-Exupéry's works had been banned by the Vichy Regime. The story follows a young prince who visits various planets in space, including Earth, and addresses themes of loneliness, friendship, love, and loss. Despite its style as a children's book, The Little Prince makes poignant observations about life and human nature.
The Little Prince became Saint-Exupéry's most successful work, selling an estimated 140 million copies worldwide, which makes it one of the best-selling and most translated books ever published. It has been translated into over 360 languages and dialects. The Little Prince has been adapted to numerous art forms and media, including audio recordings, radio plays, live stage, film, television, ballet, and opera. (Inventory #: 04900)
$3,500.00 add to cart or Buy Direct from
David Brass Rare Books
Share this item