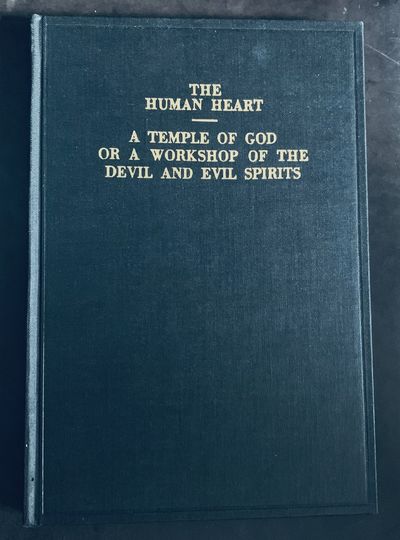 De Laurence's publishing company (De Laurence, Scott & Co.) and spiritual supply mail order house was located in Chicago, Illinois. De Laurence was a pioneer in the business of supplying magical and occult goods by mail order, and his distribution of public domain books. He was a power house in publishing at the turn of the century for books on Hinduism, spiritualism, Mesmerism, fortune-telling, and general Victorian mysticism. De Laurence is also known for his simplified instruction methods and illustrating cases studies for spiritual clairvoyance. Translated from the original French into German, and then German to English. (Inventory #: 10357)
$200.00 add to cart or Buy Direct from
Lux Mentis, Booksellers
Share this item
Lux Mentis, Booksellers
Offered by

The Shipwreck, A Poem. In Three Cantos [Design Binding]

London : William Miller , 1811
(click for more details about The Shipwreck, A Poem. In Three Cantos [Design Binding])
View all from this seller>