A Compendious Library of the Law, Necessary for Persons of All.. 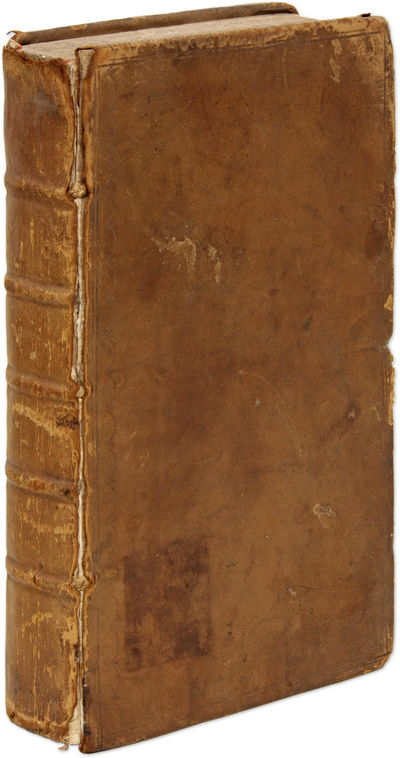 by Great Britain
1740. London: E. and R. Nutt, And R. Gosling, 1740.. London: E. and R. Nutt, And R. Gosling, 1740. A Compact Gentleman's Law Library [Great Britain]. A Compendious Library of the Law: Necessary for Persons of All Degrees and Professions. In Two Parts. Part I. Containing, I. The Laws Relating to Parish-Officers, Viz. Church-Wardens, Overseers of the Poor, Constables, Scavengers, Surveyors of the Highways, &c. II. The Laws Relating to the Game. III. The Laws Relating to Landlords, Tenants, &c. IV. The Laws Relating to Juries. V. Precedents for Vestry-Clerks, Justices Clerks, &c. VI. A Summary of the Laws in Force Against Idle and Disorderly Persons, Rogues, Vagrants, &c. Part II. Containing, I. The Forms of Bonds, Or Obligations, Conditions, Agreements, &c. II. Articles of Apprenticeship, For Leases, Compositions, &c. III. Assignments of Bonds, Judgments, Leases, Policies, &c. IV. Awards, Deeds of Bargain and Sale, Bottomree, Charter-Party, &c. V. Deeds of Composition, Declarations of Trust, Defeasances, Feoffments, &c. VI. Deeds Relating to Fines, Leases, Mortgages, &c. VII. Letters of Attorney, Letters of Licence, &c. VIII. Forms of Deeds of Copartnership, Deeds Relating to Recoveries, Releases, Warrants of Attorney, &c. IX. Precedents for Last Wills and Testaments, And Codicils. X. Forms of Acquittances, Affidavits, Certificates of Different Kinds. XI. Promissory Notes, Bills of Exchange, And Protests Thereon, Protections, &c. XII. Petitions of Apprentices on Bad Usage, Of Debtors, For Suing Out Commissions of Bankruptcy, For the Sole Use of an Invention, &c. XIII. Recognizances of Various Kinds. XIV. The Manner of Recording and Inrolling Deeds, And Account of the Four Terms and Their Returns, &c. [London]: Printed by E. and R. Nutt, And R. Gosling, 1740. Two parts. [ii], 196, [8]; 192, [8] pp. 12mo. (6-1/2" x 4"). Contemporary calf, blind rules to boards, blind fillets along joints, raised bands to spine. Light rubbing and a few minor scuffs and faint stains to boards, moderate rubbing to extremities, spine ends worn away, boards beginning to separate but secure, corners bumped and somewhat worn, front free endpaper lacking. Light toning, two signatures detached, light soiling to title page. $950. * First edition. This handbook covered the most common civic obligations and legal matters that occurred in a life of a gentleman or businessman. A well-received work, it went through two more editions in 1743 and 1757. All edit. (Inventory #: 71216)
$950.00 add to cart or Buy Direct from
Lawbook Exchange
Share this item

The Taxation of Property of Railroad Companies in California..

1884
(click for more details about The Taxation of Property of Railroad Companies in California..)

1840
(click for more details about Elementi del Diritto di Natura e Delle Genti, Compilati ed in Due..)
View all from this seller>