Behind the Gold Curtain Fifty Years in the Metroplitan Opera Orchestra 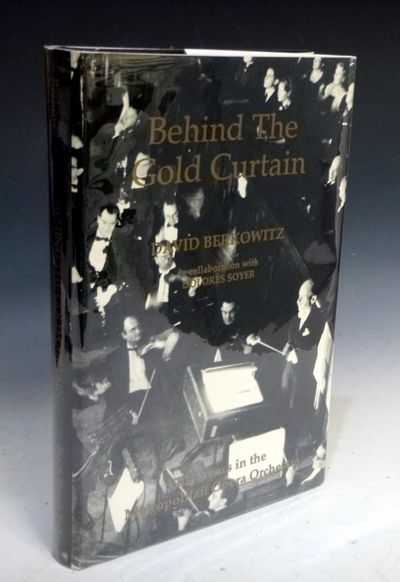 by Berkowitz, David with Dolores Soyer
(New York, 1995): Birch Brook Press. First Edition. Octavo. Inscribed by Dolores Soyer to her children..."To my dear children: Ronnie & Barbara Gold/from me/ "with love, Mom/Dolores Soyer" . 171pp., [2]pp. short biographies, illustrated with photographic images and errata laid in between images. This honest and engaging perspective of half a century of orchestra life at the Metropolitan Opera leads the reader through the hardships of the early years, the tangle labor struggles, the difficulties of the musicians on tour, and finally into the golden age of world recognition and artistic triumph. Berkowitz died in December, 1985. The book was finally completed by his collaborator and editor Dolores Soyer. A fine copy bound in black cloth, spine lettering gilt, in a near fine pictorial dust jacket. (Inventory #: 022502)
$55.00 add to cart or Buy Direct from
ALCUIN BOOKS, ABAA
Share this item

Pageant in the Wilderness the Story of the Escalante Expedition to the Interior Basin, 1776 Including the Diary and Itinerary of Father Escalante Translated and Annotated

Salt Lake City : Utah State Historical Society , 1950
(click for more details about Pageant in the Wilderness the Story of the Escalante Expedition to the Interior Basin, 1776 Including the Diary and Itinerary of Father Escalante Translated and Annotated)

New York : Harper & Brothers , 1962
(click for more details about The Sand Pebbles)
View all from this seller>