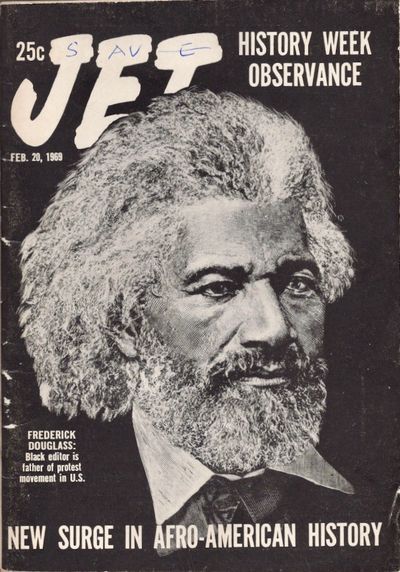 by [Johnson Publishing, Company]
Chicago: Johnson Publishing Company, 1969. Magazine issue. Good. Approx. 6" x 4" magazine. 66 pages. Illustrated in black and white. Illustration of Frederick Douglass on the front cover. "Save" written in pen on the front cover. History week observance issue. Contents include the famous photograph of Martin Luther King on the balcony of the Lorraine Memphis hotel shortly before he was assassinated. Title for the article on page 6 below the picture reads - "SCLC Spearheading Drive to Honor King's Birthday". Other articles include African American history, politics, education, Civil rights, etc. Also an article regarding the death of Atlanta newspaper publisher Ralph McGill who died at a black friends house (Mr. and Mrs. John B. Lawhorn). (Inventory #: 20627)
$25.00 add to cart or Buy Direct from Americana Books
Share this item

The 'Bottari' Project by Kim Soo-Ja