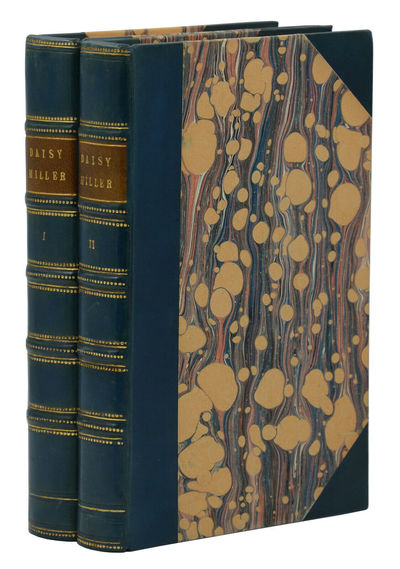 by James, Henry
London: Macmillan and Co, 1879. First Edition. Near Fine. First British edition. Two volumes, finely bound in blue leather over marbled paper-covered boards. Spines sunned, slight lean to Volume I. Contents toned, sporadically foxed, lightly stained and corner-creased. The two first impressions are indistinguishable, lacking any imprint to distinguish them apart. The first was published February 15, 1879, and the second followed in March of that year. Each consisted of a print run of 250 copies. On some copies, as found here, page 144 in Volume II is misnumbered as page 145. If this is the only difference between the two impressions, it is likely to assume that those with the pagination error would have come earlier. One of Hardy's scarcest novels, it was an immediate success. Edel & Laurence A8b. (Inventory #: 140939940)
$4,500.00 add to cart Available from
Burnside Rare Books
Share this item
Burnside Rare Books
Offered by

London : Ferry Press , 1971
(click for more details about Long Distance)
View all from this seller>