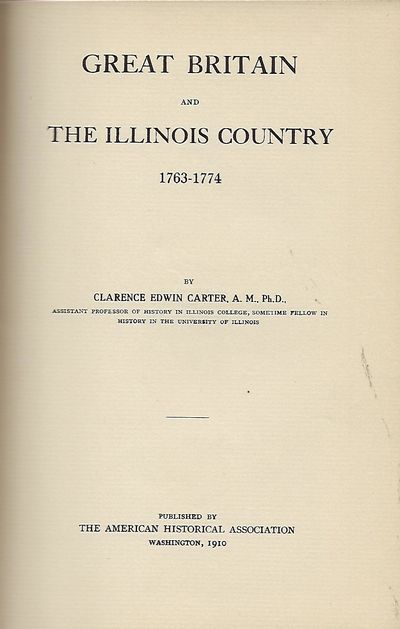 by CARTER, Clarence Edwin
Washington, DC: The American Historical Association, 1910. First Edition. Signed twice by Carter- on the front endpaper and then again on the next blank page. An early work by the historian and archivist known for his "Territorial Papers of the United States." Carter was Assistant Professor of History at Illinois College and also taught at the University of Illinois.Unusual to local a signed copy. I imagine most copies went to libraries, museums and similar institutions. 8vo., blue buckram cloth, spine stamped in gilt; 223 pages, includes: preface, introductory survey, documentary appendix, bibliography & index. The winner of the Justin Winsor Prize for American History in 1908.. Very Good (covers bright; contents clean & tight with bit of browning to endpapers). (Inventory #: 56942)
$100.00 add to cart or Buy Direct from Antic Hay Books
Share this item
Antic Hay Books
Offered by

Westminster, Maryland : The Newman Press , 1953
(click for more details about EDWARD LEEN, C.S. SP)
View all from this seller>