A CANTICLE FOR LEIBOWITZ 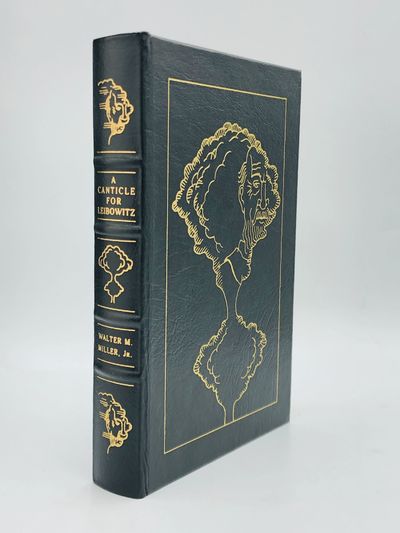 by Miller, Walter M., Jr.
Norwalk, Connecticut: The Easton Press, 1994. Hardcover. Fine. Collector's Edition, a volume in The Masterpieces of Science Fiction series. Signed on the title page by James Gunn, who wrote the introduction. Inspired by the author's participation in the Allied bombing of the monastery at Monte Cassino during World War II, A Canticle for Leibowitz is a post-apocalyptic novel revolving around the canonisation of Saint Leibowitz and is considered a masterpiece of the science fiction genre. It won the 1961 Hugo Award for Best Novel. Collector's Notes laid in. Octavo. Full gray leather binding, with elaborate gilt stamping, four raised bands, decorative endpapers, and a ribbon marker. A fine copy. (Inventory #: 70891)
$150.00 add to cart Available from Johnson
Share this item

New York : Alfred A. Knopf , 1953
(click for more details about NOTES WITHOUT MUSIC)

AN INTRODUCTION TO THE THEORY OF NUMBERS

Oxford : Oxford University Press , 1938
(click for more details about AN INTRODUCTION TO THE THEORY OF NUMBERS)
View all from this seller>