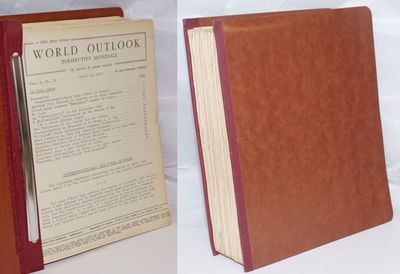 Paris: World Outlook, 1964. Fifty six issues of the magazine, spanning the period from April 10, 1964 to December 18, 1964. Issues present are Vol. 2 Nos. 15-44. Various pagintation, stapled wraps, small rips on edges of papers and holes punched through for 8.5 x 1 inches. The Trotskyist answer to Newsweek, with coverage of international issues. Name later changed to Intercontinental Press. Analysis of U.S. Black Nationalism/Malcolm X and the continued struggles against Imperialism in Latin America, SE Asia and Africa are variously covered. (Inventory #: 253123)
$45.00 add to cart or Buy Direct from Bolerium Books
Share this item