The Black Hearts of Men; Radical Abolitionists and the Transformation of Race 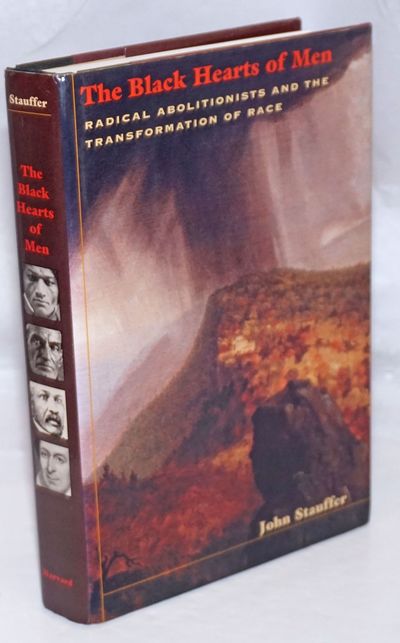 by Stauffer, John
Cambridge: Harvard University Press, 2002. Hardcover. 367p., illustrated with a number of period portraits and a rare group daguerrotype, hardbound in clothbacked boards gilt with glossy color dust jacket. The book itself bears a deep reader's crease (vertical, to spine panel) and "leans" rather badly, while the dj is near-fine; former owner appears to have set dj aside when reading it. Remains soundly bound and is entirely clean and unmarked, a good (good-only) copy. The title phrase appears in the index with many references; the idea in general is that whites in particular must acquire "black (African American) hearts" to subdue the racism that has become second nature to them. The friendships of Frederick Douglass with Gerrit Smith, and of John Brown with James McCune Smith, are prime examples. (Inventory #: 253154)
$12.00 add to cart or Buy Direct from Bolerium Books
Share this item