THE LITTLE BOY OF GOOD CHILDREN STREET; OR HOW FARDEE WON THE VICTORIA CROSS 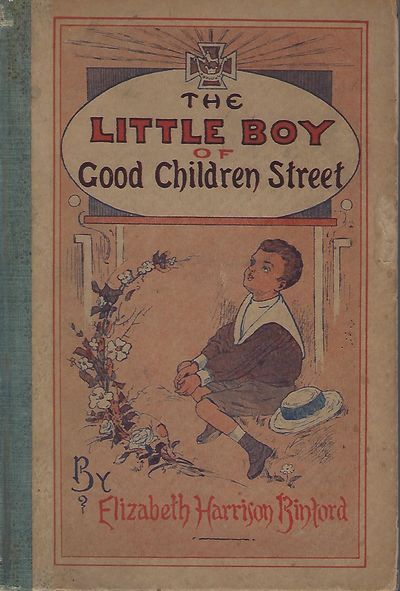 by BINFORD, Elizabeth Harrison
Chicago: Press of Rand McNally & Company, 1917. Signed presentation from Binford on the front endpaper: "To Miss Nina King in memory of old New Orleans. Elizabeth Harrison Binford. Skyland, N.C. Sept. 12." Nina King is the sister of Louisiana author Grace Elizabeth King [1851-1932]. Grace Elizabeth King was an American author of Louisiana stories, history, and biography. King began her literary career as a response to George Washington Cable 's negative portrayal of Louisiana Creoles. King also became a representative for Southern women and, in her literary works, focuses primarily on women and women's issues in Reconstruction and its aftermath. King also emphasizes how race and class affected the lives of women. Her father was a prominent lawyer, slave owner, and part owner of a sugar plantation. On January 4, 1932, King suffered a stroke and she remained bedridden. Her sisters, Nan and Nina, cared for her until she died on January 14. Elizabeth Binford was journalist and writer of children's stories. Two of her stories were published in book form in "A Peddler of Dreams" about Edgar Allan Poe and "The Little Boy of Good Children Street" about New Orleans. 8vo., pictorial boards with green cloth spine; 31 pages. Illustrated.. Very Good (minor soil covers, bit of rubbing spine, more to top; contents clean & tight). (Inventory #: 57019)
$100.00 add to cart or Buy Direct from Antic Hay Books
Share this item
Antic Hay Books
Offered by

Athens : The University of Georgia Press , 1979
(click for more details about DELTA: THE HISTORY OF AN AIRLINE)

THE PRESIDENT HAS BEEN SHOT

NY & London : W.W. Norton & Company , 1992
(click for more details about THE PRESIDENT HAS BEEN SHOT)
View all from this seller>