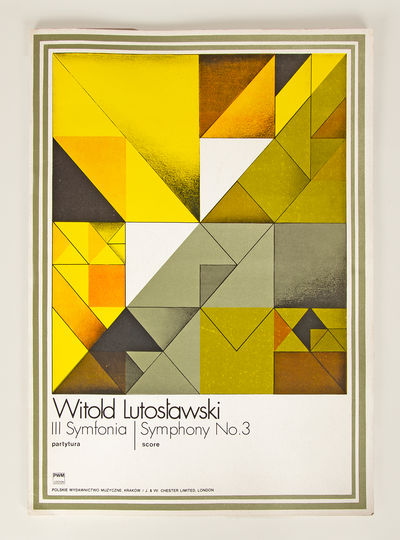 "The Third Symphony (1981-3) ... brings together past and present moments within Lutosławski's creativity, incorporating as it does material conceived and sketched during the mid- to late-1970s. It thus has a slightly hybrid quality, whereby some passages have the more melodic focus of the late style, whereas others represent the more dense, textural approach of the earlier phase. Though conceived in terms of the same two-movement scheme as the Second Symphony, it differs greatly from its predecessor, above all in that the most memorable material comes after the climax, in the epilogue. The greater melodic focus of the composer's late style contributes to the work's accessibility - it has become one of the most widely performed of late-20th-century symphonies ..."

"Lutosławski is generally regarded as the most significant Polish composer since Szymanowski, and possibly the greatest Polish composer since Chopin ... Since his death the assessment of Lutosławski's creative achievement has remained much as it was during his last years: he is now acknowledged as one of the major European composers of the 20th century." Charles Bodman Rae in Grove Music Online. (Inventory #: 34259)
$138.00 add to cart or Buy Direct from
J. & J. Lubrano Music Antiquarians
Share this item