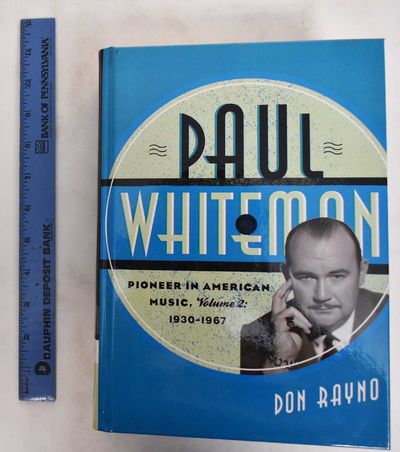 by Rayno, Don
United Kingdom: Scarecrow Press, 2013. Hardcover. VG (light shelfwear to boards). Aqua boards illustrated on front and side, black, tan and white lettering, 864 pp, illustrated in bw. "In this second volume of Rayno's magisterial treatment of the life and music of this remarkable maestro, Whiteman's career during the second half of his life is explored in compelling detail, as Whiteman conquers the worlds of theater and vaudeville, the concert hall, radio, motion pictures, and television, winning accolades in all of them. Through hundreds of interview, extensive documentation, and exhaustive research over nearly three decades, a portrait emerges of one of American's music most important musical figures during the past century. Rayno paints a stunning portrait of Whiteman's considerable accomplishments and far-reaching influence." rear of book. (Inventory #: 178909)
$150.00 add to cart or Buy Direct from Mullen Books
Share this item

Snuff Bottles In The Collection Of The National Palace Museum

by Clair, Jean and Pierre Theberge

Ottawa, Canada : National Gallery Of Canada , 2008
(click for more details about The 1930s: The Making Of "The New Man.)
View all from this seller>