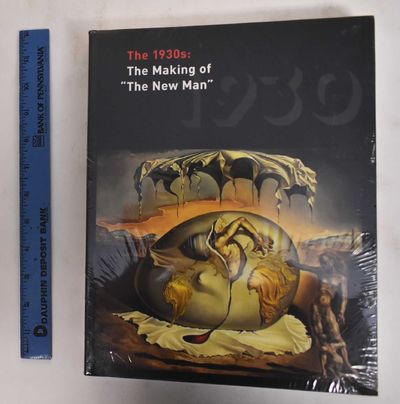 by Clair, Jean and Pierre Theberge
Ottawa, Canada: National Gallery Of Canada, 2008. Softcover. New/Sealed; rubbing to lower corner where publisher's wrap has worn.. black, pictorial wrappers w/ white & red printing. 396 pgs w/ color & bw illustrations. "On the heels of the Roaring Twenties, the 1930s, which spanned from the economic crisis of 1929 to the outbreak of the Second World War, was a dark decade. Beyond similiar governmental, mechanisms, these regimes shared an ideology: the will to create what they called the "New Man." "This decade began with a more or less innocent dream of the theme of the original egg, germination, the harmonious growth of a fabric both biological and social, but ended with the nightmarish discovery of the corpses in the concentration camps by the armies of liberation in 1945"--Jacket. (Inventory #: 178547)
$130.00 add to cart or Buy Direct from Mullen Books
Share this item

by Steinberg, Leo and Sheila Schwartz