The Religion of Iuppiter Dolichenus in the Roman Army 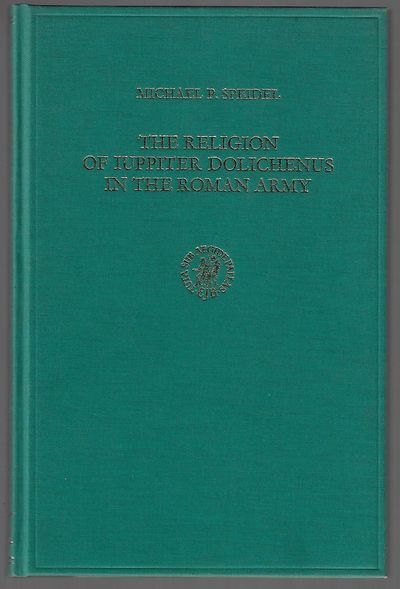 by Spiedel, Michael P.
Leiden: E.J. Brill, 1978. First Edition. Hardcover. Fine. 92 pp + 24 b/w plates, color frontispiece, and folding map. Fine copy in original green cloth. As described in the foreword: "Of the oriental religions that swept across the Roman empire as forerunners of Christianity, the cult of Iuppiter Dolichenus was, together with Mithraism, the most successful in the Roman army. It may thus reveal something of the spirit of an army that was as multinational and multicultural as it was loyal, disciplined and efficient. The hope of gaining insight into the spirit of such an army and the spell of a powerful, mysterious religion prompted this study. (Inventory #: 21265)
$100.00 add to cart or Buy Direct from Walkabout Books
Share this item

Privately Printed , 1895
(click for more details about John Keats, A Critical Essay)
View all from this seller>