A Very Early International Conservation Agreement, Signed by President Grover Cleveland It limited where American could fish for fur seals near Russian territory in the Bering Sea, and how many seals could be taken. 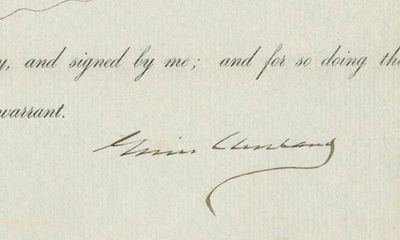 04/05/1894. Grover Cleveland In the 19th century, one of the most lucrative industries was the fur trade. That is where the Astor fortune originated. In 1867 the United States government purchased from Russia all her territorial rights in Alaska and the adjacent islands. This included the Pribilof Islands, the principal breeding-grounds of the fur seals in those seas. The islands to the west remained Russian territory. Congress regulated the killing of seals on the Pribilof Islands, which resulted in conflicts with Britain and Canada on the one hand, and Russia on the other. In 1887 the United States claimed exclusive jurisdiction over the sealing industry in the entire Bering Sea, a concept Britain and Russia did not accept. The Russians were particularly unhappy that American fishers were taking large numbers of seals from off Russian lands, taking no conservation precautions, and unduly depleting the seal population. The questions of who could catch seals, and where, resulted in a flurry of diplomatic activity to resolve the issues.In April 1894 the U.S. and Russia entered into an agreement (a modus vivendi) in which the U.S. agreed to make it unlawful for its citizens to take seals within 10 miles of the Russian coast, and within 30 miles of certain named Russian islands. It provided that American vessels ignoring this prohibition could be seized and detained by Russia, and then turned over to the U.S. for prosecution. The U.S. would try violators in court. The Russians imposed a 30,000 limit on the number of seals that could be taken for 1894, and the U.S. agreed.President Cleveland ordered implementation of the agreement. Document signed, on Executive Mansion letterhead, Washington, May 4, 1894, authorizing the Secretary of State to affix the Seal of the United States to a “an Agreement for a modus vivendi between the United States and Russia.”This is the earliest conservation-related presidential document that we can recall ever having. Soon Theodore Roosevelt would take an even stronger stand for conservation. (Inventory #: 10135)
$3,000.00 add to cart Available from Raab Collection
Share this item