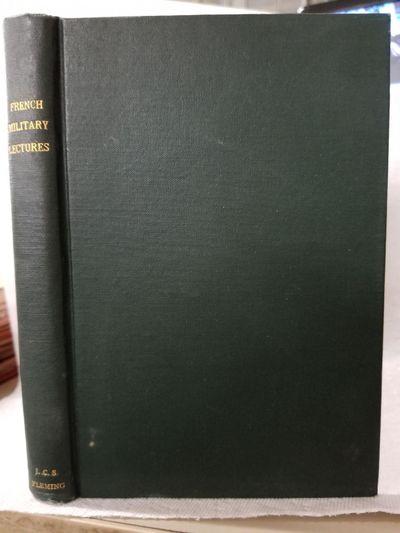 A collection of eight lectures, likely privately bound by JCS Fleming(1897-1960, Harvard Class of 1920), given at the ROTC program at Harvard University in 1917 by French army officers:

"The Platoon Leader in the Trenches," Lieutenant A. Morize

"Summary of a Course of Instruction for Reserve Officers," Lieutenant A. Morize

"Infantry in an Attack on a Position

I. Preparation of the Attack," Lieutenant A. Morize

"The Machine Gun," Lieutenant A. Morize