THE RUTHERFURD PHOTOGRAPHIC MEASURES OF THE GROUP OF THE PLEIADES 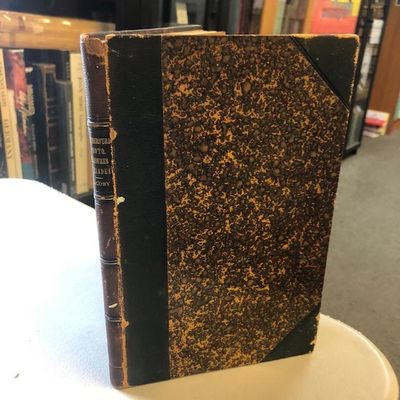 
"Among professional astronomers, Professor Jacoby's name is associated principally with the early determination of accurate star positions from the measurement of photographic plates. The great collection of photographic plates taken by Lewis Moris Rutherford had been given to Columbia University, and the measurement and reduction of many of them was done by Professor Jacoby or under his direction...He was also one of the founders of the Mathematical Society of New York which later became the American Mathematical Society." [Eckert, W. J.: Popular Astronomy, Vol. 40, p.611]. 1332076. Shelved Dupont Bookstore. (Inventory #: 1332076)
$320.00 add to cart or Buy Direct from
Second Story Books
Share this item

THE DRESS WORN AT MASQUERADES IN ENGLAND, 1730 TO 1790, AND ITS RELATION TO FANCY DRESS IN PORTRAITURE

New York : Garland Publishing , 1984
(click for more details about THE DRESS WORN AT MASQUERADES IN ENGLAND, 1730 TO 1790, AND ITS RELATION TO FANCY DRESS IN PORTRAITURE)