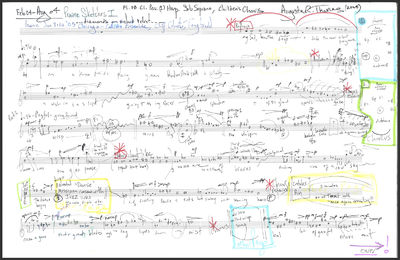 First performed in Chicago on January 9, 2005 by the Callisto Ensemble, Cliff Colnot conducting with Tony Arnold, soprano. "Ms. Thomas once again demonstrates her knack for illuminating text with colorful, evocative gestures ... In Prairie Sketches I, which includes harp and a chorus of three female voices, Ms. Thomas revels in the poet Suzann Zimmerman's paean to a sweeping Kansas landscape with music by turns radiant and ethereal." Steve Smith, The New York Times