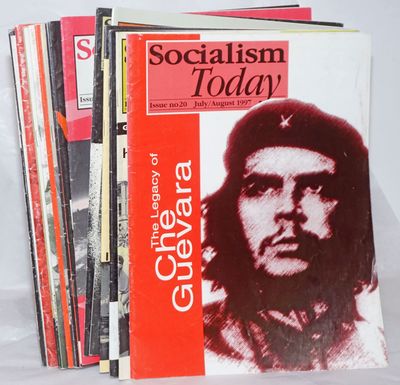 by Walsh, Lynn, ed
London: Socialist Party of England and Wales, 1999. Magazine. 18 issues, Nos. 10-34, 36, 37, & 41. Published every two months pagination varies. Glossy wraps in good condition. Includess professional level 3 inch high tan archive box. Formally known as "Militant" when a large Trotskyist tendency in the British Labour Party, after being expelled in the 1980s, launched the Socialist Party, shortly thereafter became the Socialist Party of England and Wales (SPEW).Ted Grant had long been expelled from this tendency but the politics of the magazine reflected much of Grant's legacy. (Inventory #: 256511)
$40.00 add to cart or Buy Direct from Bolerium Books
Share this item