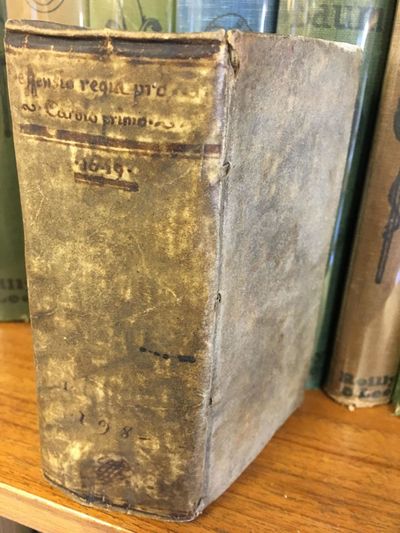 
JG consignment; shelved case 0. Claude de Saumaise, French humanist and philologist, wrote this his royalist tract provoked by the execution of Charles I. It was published anonymously in November 1649, and was probably sponsored by Charles II, who is thought to have paid a hundred pounds for its printing. Supporting the Stuarts and defending the divine right of monarchy, Saumaiseís work goaded the famed response from John Milton Pro Populo Anglicano Defensio, published in 1651.;


He wrote his work in Latin and it was censored in England, one of the censors being John Milton. Dutch Protestant printers produced these works in large numbers and their bibliography is incredibly complex: false imprints, no imprints and lack of dates being frequent. The deception was fired by the greed of the same printers competing for the Spanish theological printing contracts and so guarding their anonymity. It is for this reason that the order of precedence of these printings is very difficult to identify.;

GÃ¶ttingen, West Germany : Europeam Photography , 1985
(click for more details about HERBARIUM)
View all from this seller>