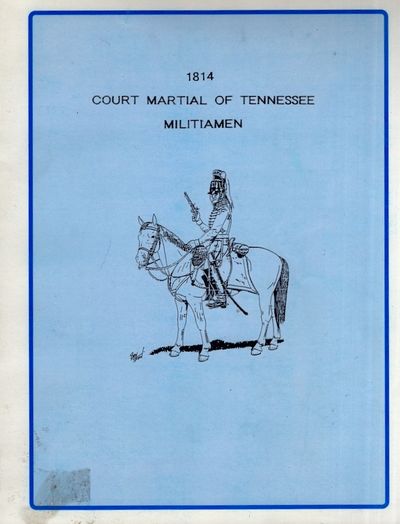 by Douthat, James (Introduction by)
Signal Mountain, Tennessee: Mountain Press, 1993. Soft cover. Very good. Tall soft cover. 283 pages. Illustrated cover. Map illustration inside. Some stains on the front cover from residue of some sticker. A very small stain on the blank end sheet. From the publisher of Mountain Press, James Douthat - "The contents will reflect the attitudes and practices of militia life during the War of 1812. The whole story revolves around a mistaken notion on part of the militia men and the Federal Government. The men thought they were enrolled for a three month tour of duty. The Government understood this to be six months, thus the conflict evolves into a very ugly situation and finally Court martial for a large number of militia men. The end results is that a number of militiamen are shot for mutiny and an even larger number are sent home in disgrace for disobedience of orders. (Inventory #: 22280)
$35.00 add to cart or Buy Direct from Americana Books
Share this item