The March to the Sea Franklin and Nashville 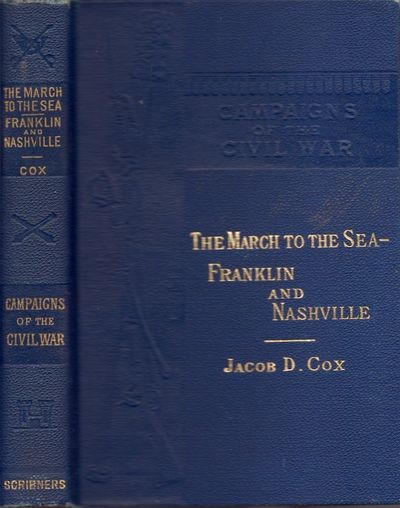 US Army General. The great-great grandson of Declaration of Independence signer Lewis Morris, he was born at Madison Barracks, an upstate New York Army post. In 1862 he enlisted for the Civil War as a Private in Company C, 44th New York Infantry. In April, 1864, he was taken prisoner at Plymouth, North Carolina. He escaped after seven months in captivity, and afterwards wrote an account of his exploit, which he shared with family and friends. In 1865 he was commissioned as a First Lieutenant in the 121st New York Infantry. At the end of the Civil War he received a brevet promotion to Captain for meritorious service at Little Sailors Creek, Virginia. He returned to the Army in 1866 as a Second Lieutenant in the 9th US Infantry, and was promoted to Captain in 1883. Foote served in command and staff assignments with infantry regiments throughout the United States and overseas. His illustrious post-Civil War military career includes serving in the Alaska territory in 1867 as the United States negotiated the purchase of Alaska from Russia, serving in many Indian Wars campaigns and expeditions - including the Blackhills expedition, the Snake Wars, the Yellowstone expedition - escorting numerous wagon trains through Sioux territories, and serving as an Indian agent for the Sioux on behalf of the U.S. government. He fought in the Spanish-American War in 1898, and was promoted to Major of the 21st U.S. Infantry. Foote also served in the Philippine-American War, and the Boxer Rebellion in China. As a combat veteran, his career advanced rapidly, receiving promotion to Lieutenant Colonel in 1901, Colonel in 1902, and Brigadier General in 1903. He retired the day after receiving his final promotion.

Boston : Little, Brown & Co , 1939
(click for more details about Ben and Me A New Astonishing Life of Benjamin Franklin As Written by his Good Mouse Amos)

Binghampton, New York : Vigilance Publishing Company , 1924
(click for more details about Vigilance A Champion of Militant Americanism)
View all from this seller>