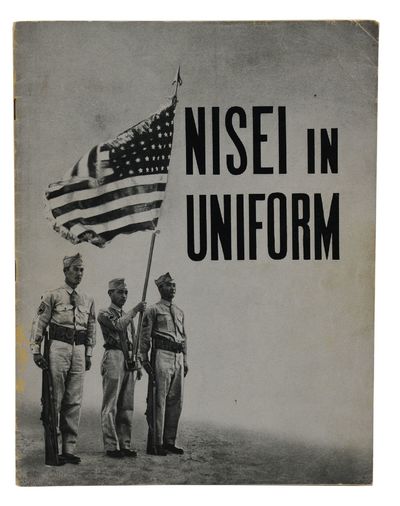 Nisei is a Japanese term used in North and South American meaning "second generation," specifically referring to ethnically Japanese children born in the Americas to Japanese-born parents who immigrated there. This pamphlet details the heroic acts of the two Japanese-American combat units in World War II, the 442nd Combat Team and the 100th Battalion. A scarce pamphlet issued by the War Relocation Authority, the American governmental agency overseeing the mass internment of Japanese-Americans, often mentioning relocation camps, making note of soldiers who volunteered directly from them to join the US Army. (Inventory #: 140940630)
$1,000.00 add to cart Available from
Burnside Rare Books
Share this item
Burnside Rare Books
Offered by

The Scientist as Rebel

Nothing like the Sun: A Story of Shakespeare's Love Life

London : William Heinemann Ltd , 1964
(click for more details about Nothing like the Sun: A Story of Shakespeare's Love Life)
View all from this seller>