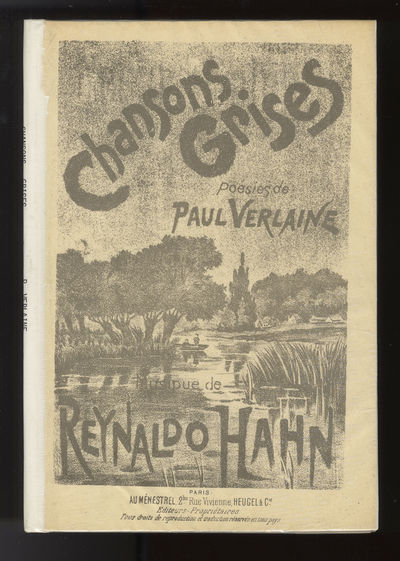 The Chansons grises premiered in Paris by Sybil Sanderson at the home of Alphonse Daudet in 1893.

"Hahn's song cycle to poems by Verlaine, Chansons grises, was completed while he was still a student at the Conservatoire. The first performance was given by Sybil Sanderson, Massenet's favourite soprano, at Daudet's house, with Verlaine present. Even during the years after his death, when Hahn's music fell out of favour, 'L'heure exquise', the fifth song of the group, remained known." Patrick O'Connor in Grove Music Online. (Inventory #: 33794)
$17.00 add to cart or Buy Direct from
J. & J. Lubrano Music Antiquarians
Share this item