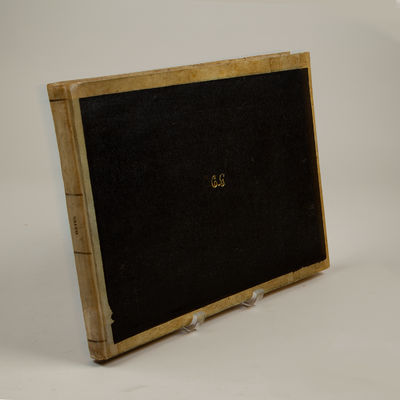 Saffo, a tragedia lirica in three parts to a libretto by Salvadore Cammarano after Pietro Beltrame, premiered in Naples at the Teatro San Carlo on 29 November 1840. First published by Ricordi in 1841.

"Saffo is important for its integration of scenes into extended musical tableaux, for the complexity of its ensembles and for the relatively minor role played by solo numbers, all of which include chorus, secondary soloists or both. Its great Part 1 finale may have been the source of techniques later associated with Verdi's concertato slow movements. Pacini achieved a remarkable expressive intensity not only in cantabile movements but also in lyric dialogues by largely abandoning the florid bel canto that had marked his earlier works and moving closer to Bellini's impassioned melodic style." Scott L. Balthazar in Grove Dictionary of Opera. (Inventory #: 33499)
$242.00 add to cart or Buy Direct from
J. & J. Lubrano Music Antiquarians
Share this item