[SMALL ARCHIVE OF LETTERS FROM HERMAN W. BRISTOL, 14th REGIMENT NEW YORK MILITIA, WRITTEN TO HIS WIDOWED MOTHER, SISTERS, AND AUNT, REGARDING HIS WAR SERVICE AND TIME SPENT IN THE NATION'S CAPITAL WHERE HE SAW PRESIDENT LINCOLN IN PERSON, PLUS ADDITIONAL MANUSCRIPT MATERIAL FROM BRISTOL'S FELLOW SOLDIERS RELATING TO HIS LITERAL DISAPPEARANCE AT THE BATTLE OF BULL RUN] 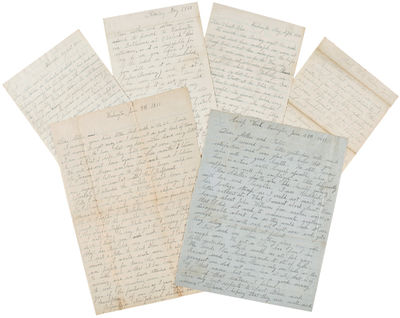