[DIARY OF AN AMERICAN CONSCIENTIOUS OBJECTOR SERVING IN A FIELD HOSPITAL ON THE WESTERN FRONT IN THE FINAL YEAR OF WORLD WAR I, INCLUDING IN SUPPORT OF THE MEUSE-ARGONNE OFFENSIVE] 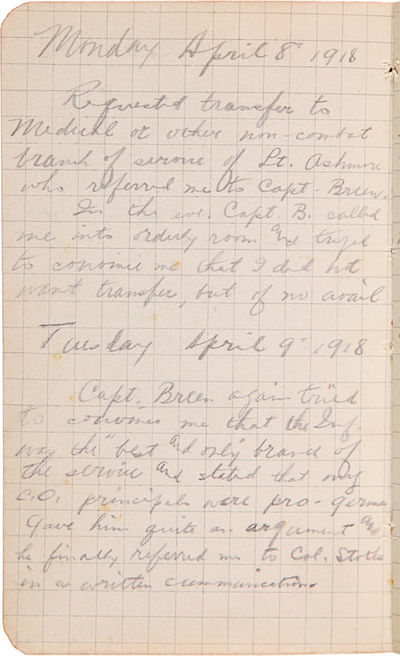