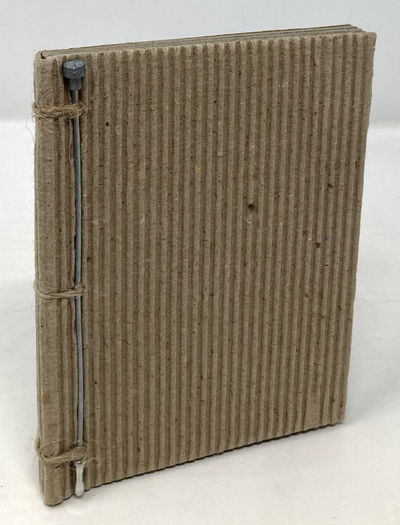 by Konrad, Gabor L.
[Bicycling, Bicycle Racing] Konrad, Gabor L. The Trials of BB [Beryl Burton]. Sand Lake, MI: Self-published by the author, 1998, number 1 of a limited edition of 5 copies produced as gifts, signed by the author. Flexible corrugated cardboard boards bound with twine and sections of bicycle brake cables, 10.5 by 13.9 cm, [23] leaves printed recto only, two images plus an original tipped-in news clipping. Near fine. Originally published in issue six of the Rivendell Reader (1996), a short biographical piece on Beryl Burton, OBE (1937 – 1996) was an English racing cyclist who dominated women's cycle racing in the UK, winning more than 90 domestic championships and seven world titles, and setting numerous national records. She set a women's record for the 12-hour time-trial which exceeded the men's record for two years (Wikipedia). Gabe Konrad was the editor of the bicycle history magazine On The Wheel and the Bikelore book series. (Inventory #: 3862)
$50.00 add to cart Available from Bay Leaf Books
Share this item