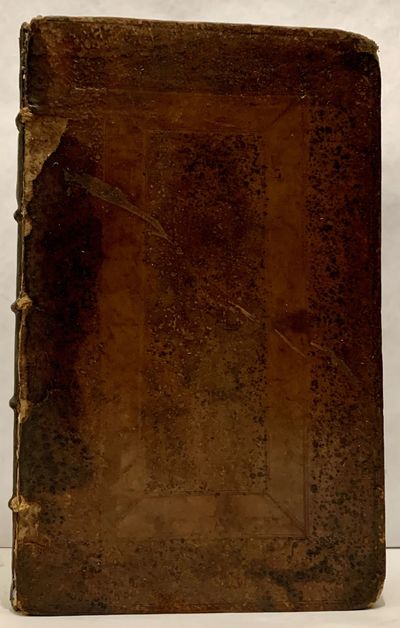 by Parliament Anno Regni
London: Charles Bill, 1701. First edition. leather_bound. Contemporary full cambridge style brown calf in paneled design. Very good. 480 pages. [4 pages of A Table of the Statutes Publick and Private]. 12 3/4 x 8 inches. Considered to the first Parliamentary Act relating only to the Jews was as a result of an 18 year old girl being disowned by her Jewish family when she converted to Christianity (enacted for Mary de Mendez Berta's benefit). Bound in a larger volume of British Acts from the years 1701-1704 that also numerous other acts: Mutiny, one related to Quakers, security of the succession of the Crown Protestant Line, counterfeiting, preserving public credit, repairing bridges and highways, raising the Militia, debt relief of poor prisoners, et al. This act relating to Jews only (until then Jews were mentioned only in clauses of Acts or in context of law suits and trials). The Act, which, in fact, was designed to facilitate and even encourage conversion, passed with almost no objection. Leather chipped in spots, raised bands, wear at corners, hinges cracked but binding intact, some light soling. mostly clean and bright throughout with one quire bearing moderate toning with text printed in black letter. (Inventory #: 22505)
$1,250.00 add to cart or Buy Direct from
Roy Young Bookseller
Share this item
Roy Young Bookseller, Inc.
Offered by